Portfolio > Portraits in Frames and Other Pictures of People 2008-2014 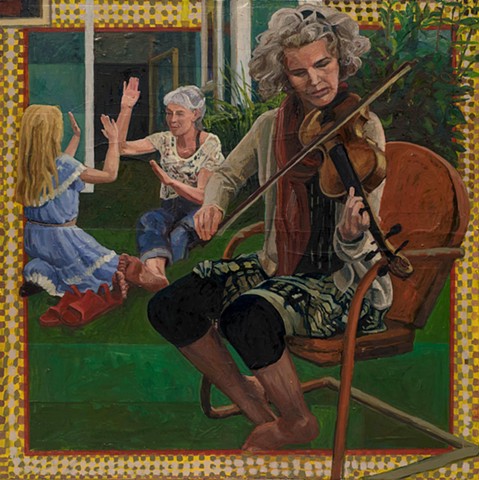 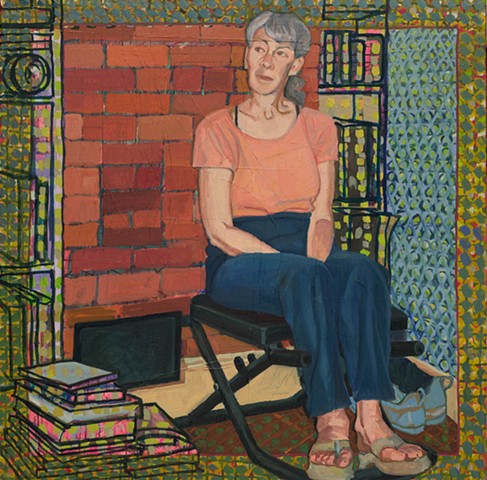 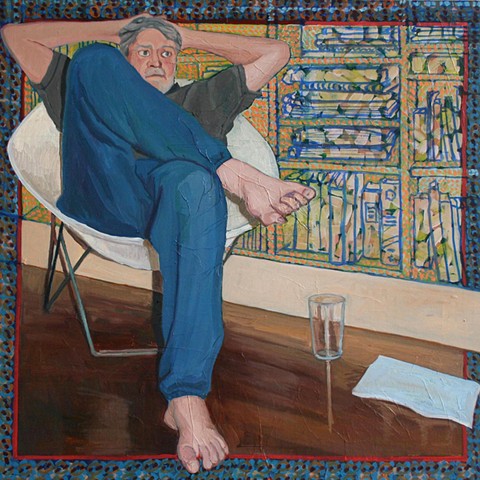 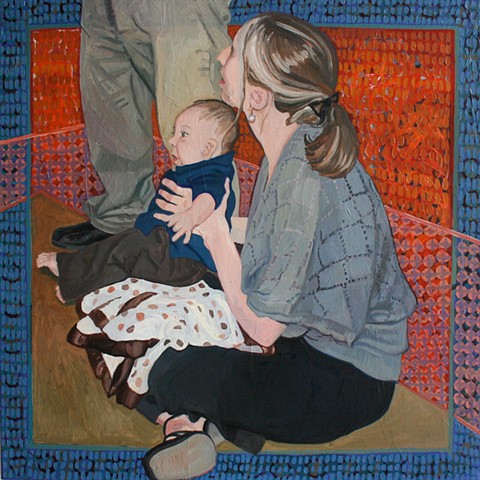 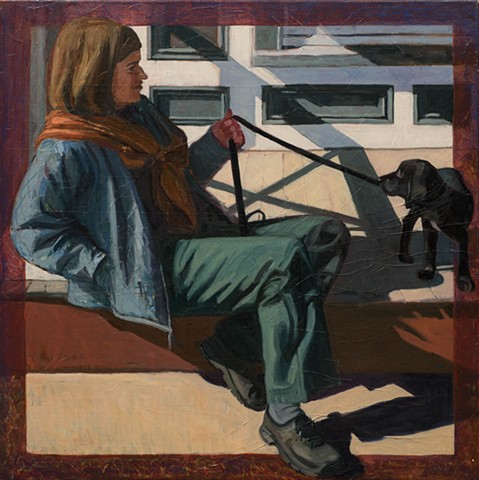 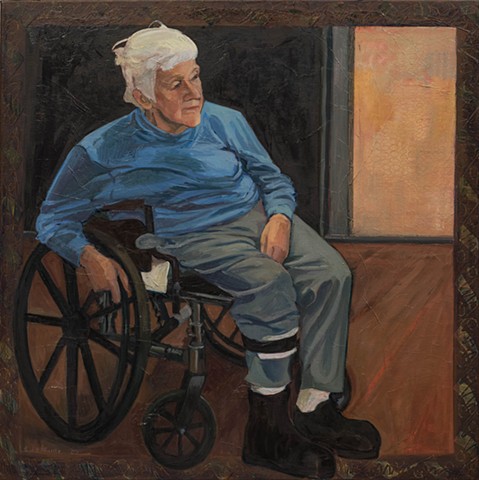 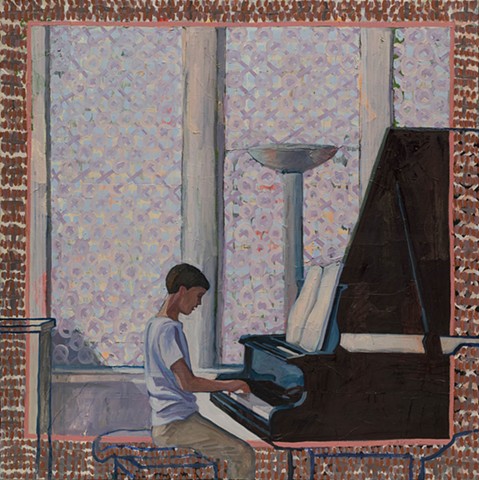 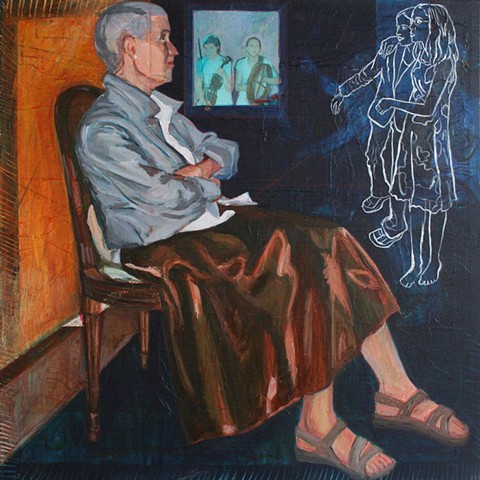 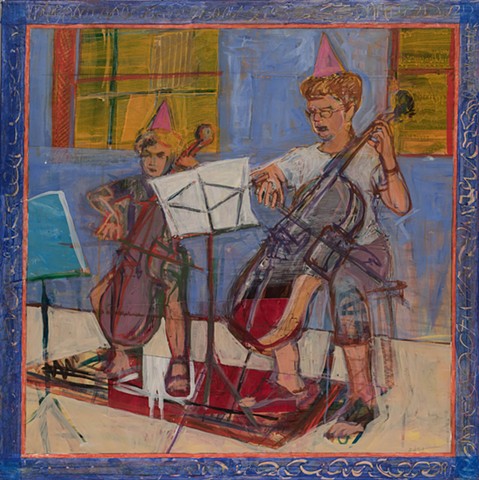 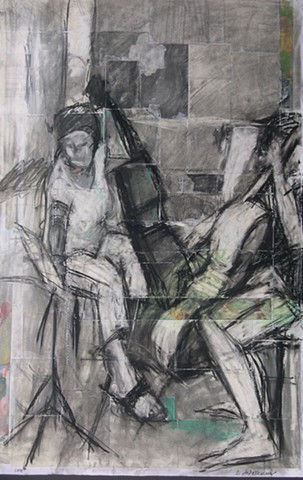 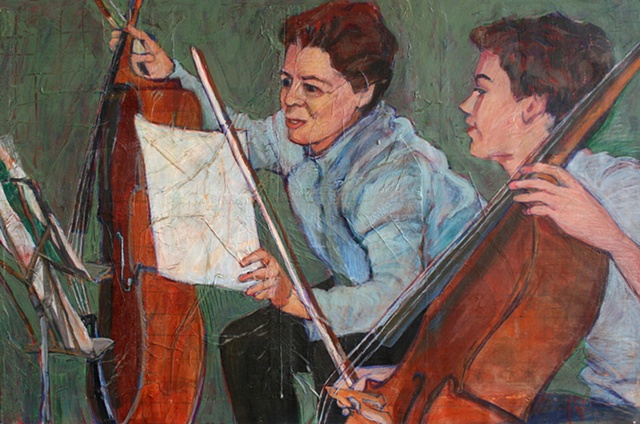 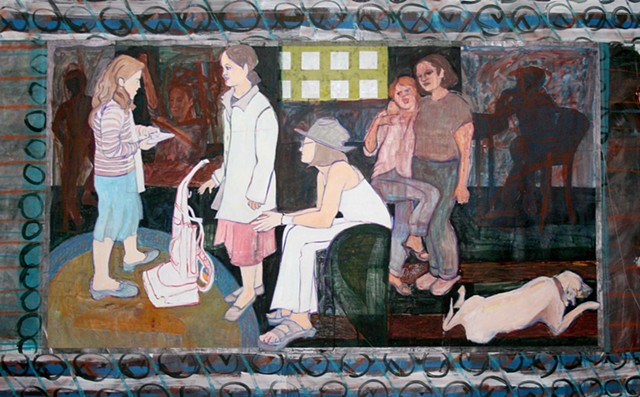 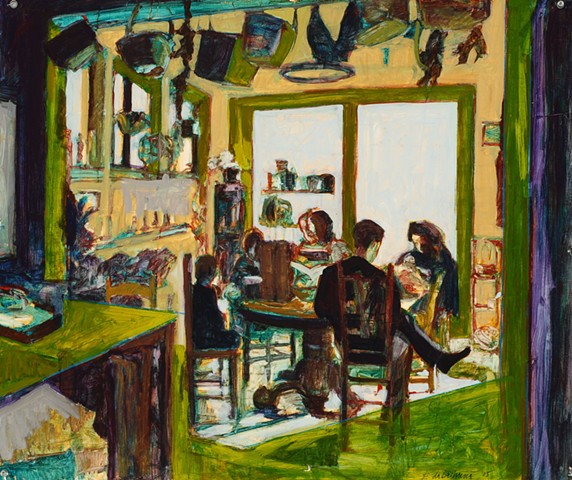 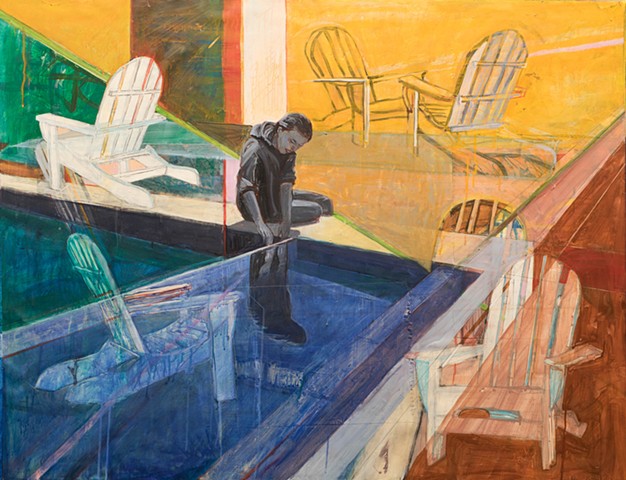 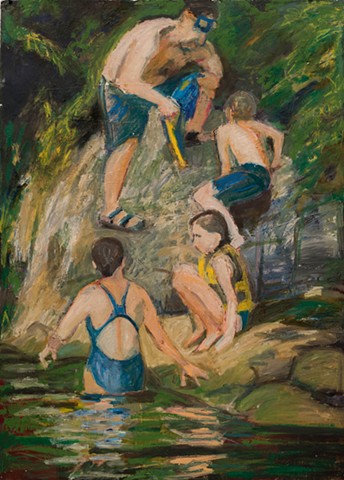 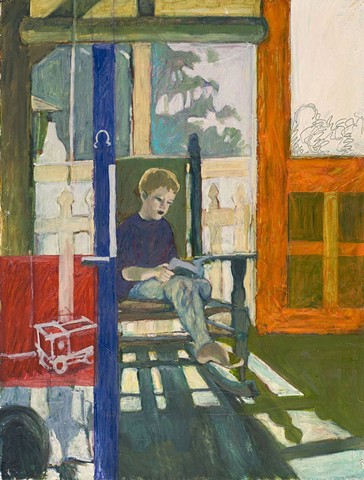 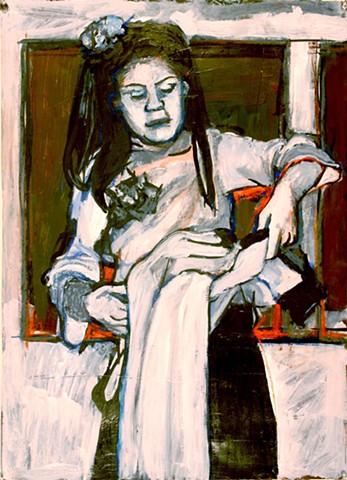 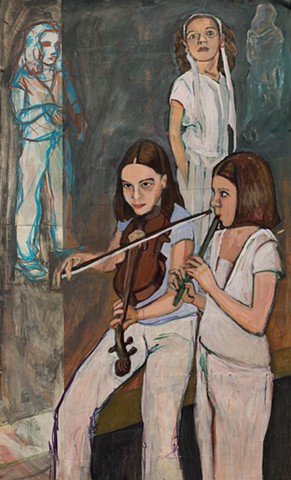 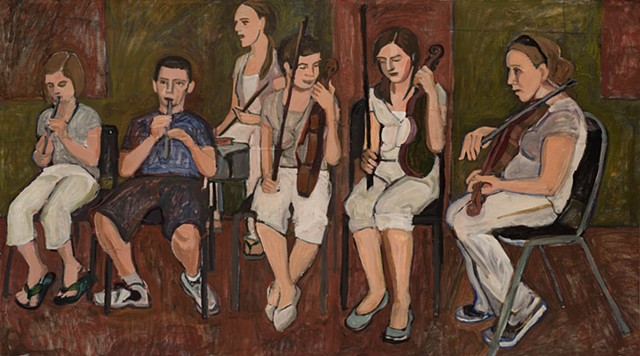 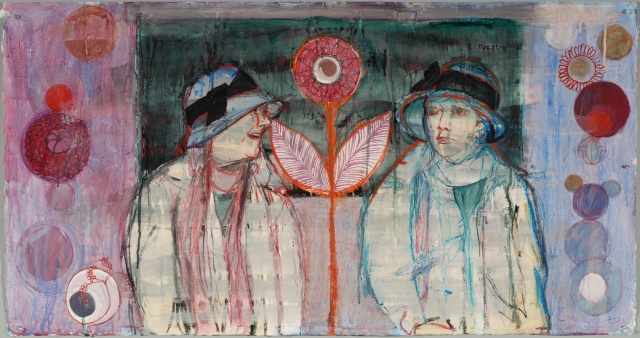 Portraits of people in my life: Pictorial spaces have been altered, simplified, abstracted. Many use a square 36" x 36" format in which the image is surrounded by a decorative frame. Often the figure fills the pictorial space and overlaps the frame, pushing out of the illusion, playing, with figure and ground. Flat elements of the border sometime expand, and become spatial components.

These are primarily oil or acrylic on canvas, often built upon a collage base. Some are multi-layered paintings on paper, built from collaging smaller drawings and paintings together, and creating a new narrative from the juxtaposition. The collage process creates spatial readings that are then interrupted by elements recalling the viewer to the actual flatness of the picture plane. The movement between spatial readings and disparate collage elements replicates the act of association triggered by the combination of sight and memory that creates meaning out of what we see. In these constructed works, I thinking about the moments before perception may be come fixed as meaning; when the mind ranges between possible interpretations; when there is movement between one reality and another just as there may be a movement between an illusionistic representation of space, and the flat and formal elements themselves that make up any two-dimensional image.